South African rising star, Muzi, has been making waves in the international music scene. Since his return home, the songwriter, composer, vocalist and producer has been touring the country to share his musical journey and to encourage and inspire other musicians to be authentic – as that is the trick to international recognition and success.

The musician hosted an event dedicated to his supporters, which was a listening session of his new and third album ‘Zeno’, that was held on 8 October at the Werehouse in Durban.

While most people were getting ready for the following day ahead of them, Muzi’s supporters were being treated to the sounds of his cutting-edge urban and electronic music with local genres like Maskandi, Kwaito, Iscathamiya and South African Bubblegum Pop of the 80s and 90s. The hall was filled with people cheering and singing along; others dancing to his music. At some point, his fans requested a repetition of songs they were hooked on.

Zeno consists of 12 tracks, the crowds’ favourites being ‘A day in Paris’ and ‘Ngeke‘. Muzi has featured the likes of Samthing Soweto and up-and-coming songstress Blackrose on the tracks ‘Mcane’ and ‘Emsamu’ respectively.

“He works organically and that’s what I appreciate about him. He collaborates with the people close to him and as his friend he would send me a beat and we would work on it together. Securing a feature with him has been a great deal for me,” said Blackrose. 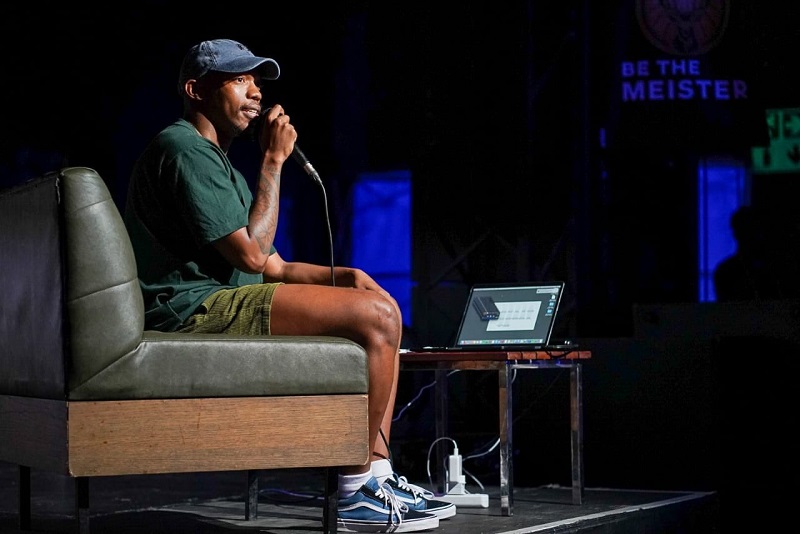 The ‘Stimela Segolide‘ hitmaker firmly believes that embracing his roots and culture (in his music) has enabled him the acknowledgement he is receiving – having filled venues in Germany, France, the UK, USA and Switzerland. He claims that being Zulu taught him to be content with who he is and that is what motivated him to infuse his Africanism with his music.

“Being Zulu is the only thing I know and it has taught me to be proud of where I come from. We may have people we aspire to be like; however, no one will believe in you if you are not original. I was recognised internationally because I brought something different to the table,” he explained.

He further explained that he uses vernacular as his medium of communication and story-telling and aims at educating other countries about the diversity in our South African cultures: “My music is influenced by my culture and my ancestral beliefs. I want to show gratitude to them because I wouldn’t be alive had they not lived.”

At the show, Muzi also shared the unfortunate incident that took place during his stay in Jo’burg, where his equipment was stolen from him at gunpoint. This subsequently forced him to create new music because the tracks he had worked on were loaded on the stolen equipment. Although he was discouraged at the time, the thought of his mother and family [who he wants to continue providing for] motivated him to pen and compose ‘Zeno’. In light of that dark period, he said that he was assured that had it not occurred, his fans would not have witnessed his latest offering.

Towards the end of his album listening session, and in the true African sense, the exceptional compiler did not only keep his guests entertained with his melodies, but also catered food and drinks for them that were sponsored by Nandos and Jägermeister.

The Empangeni born artist will be launching his album on Friday 11 October. Before its release, he scheduled ‘Zeno’ listening sessions in Durban on 8 October, Empangeni on 9 October and Johannesburg on 10 October.