At the age of 21, Simmy Sims is fast becoming “the one to watch” with his versatility and fresh outlook of the rap game. The young rapper and singer, who was born as Simphiwe Mthembu, is a final year Fine Art student at the Durban University of Technology (DUT).

Simmy says that he is pulling all the stops with his newly revived music career as he dropped his latest single titled  “Ngthanda Wena” on Wednesday (06 September) featuring Aewon Wolf.

The song, in essence, is an ode to the woman he loves and he says it carries his hopes and dreams as the track that will give him a breakthrough in the music industry. Much to his anticipation, this latest release is listed as one of the most downloaded tracks on SlikourOnLife and is currently sitting on over 3000 downloads on that site alone.

My track with Aewon Wolf is the beginning of Simmy Sims and working with SlikourOnLife is a step in a right direction – he said.

Coming from a family of musicians, Simmy’s desire to make his music a success grew drastically at an early age and this is when he made the decision to follow suit.

“I have always been the music person my whole life, but my initial start of the rap music journey began when I was in grade 8 where I used cassettes to record my music”, said Sims. 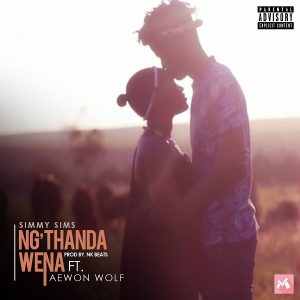 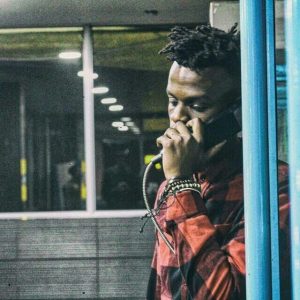 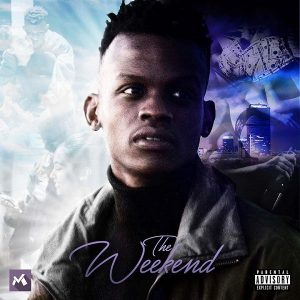 Knowing the difficulties that came with distributing music by way of cassettes, the Richards Bay born artist said that downloads and social media make his work much more easier now that he has also improved on his marketing skills.

It is no secret that as a creative, you have to constantly identify sources to draw inspiration from. Simmy is no different. He is inspired by the likes of Sjava, Sands and A-Reece – so much so that he has covered “Hlasela”, “Tigi Tigi” and “Mngani” – which are songs by these artists, respectively.

With his music getting recognition from these very artists, the young creative said he would love to work with Sjava on his next project, but for now his main focus is pushing his mixtape titled “The Weekend”.

Remaining true to himself; his genuine passion for music and not forgetting why he’s in the industry are what Simmy believes will be his three major sources of sustenance in the music industry.

“I believe most claim that they are telling their story but to me most of their stories are fabricated. As Simmy Sims, my main aim within the industry is to tell my story in the purest form”, he said.